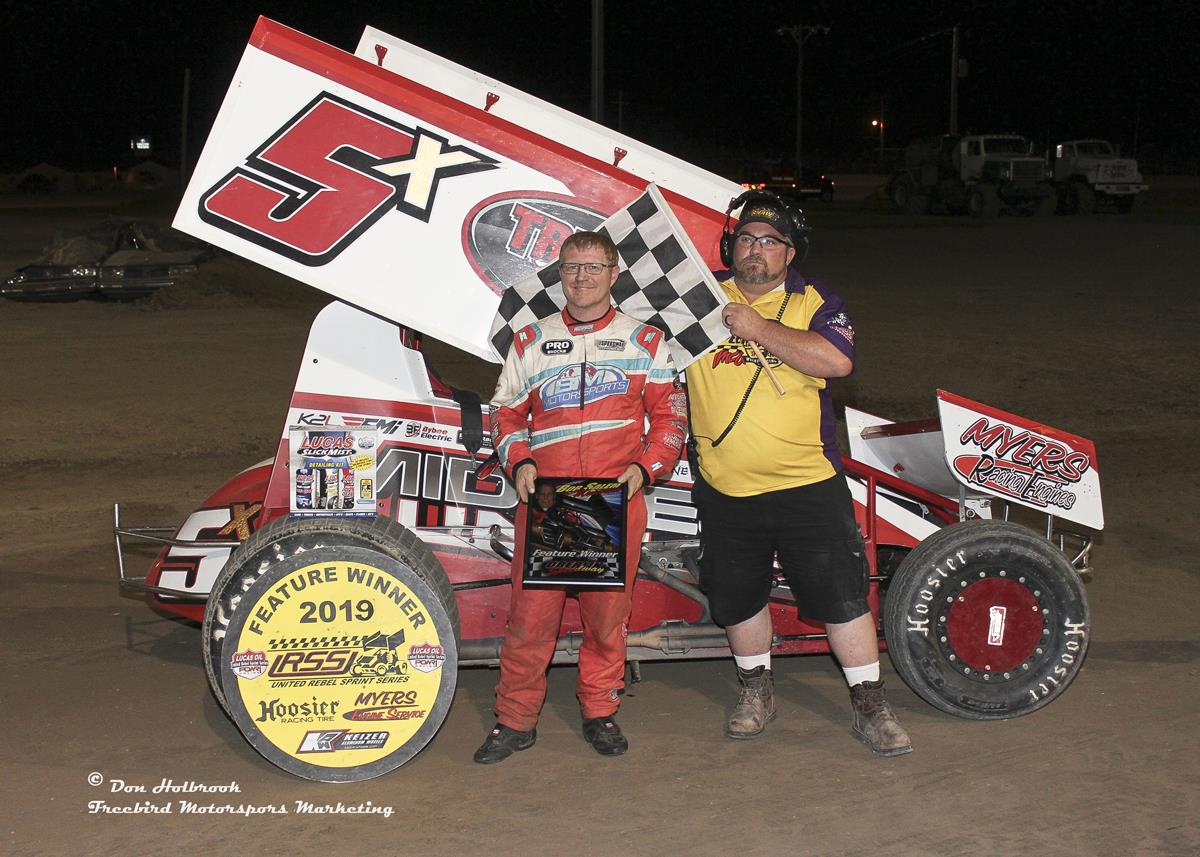 Shayle Bade and Zach Blurton started on the front row for the thirty-lap-feature with Bade taking the lead as the green flag fell. Third-starting Ty Williams slipped into the runner-up position while Blurton, Jake Martens and Jake Bubak were the top five after the first lap was complete.

After a brief caution fell after the first lap was complete, Bade again powered out front with Williams close on her rear bumper. The leaders first encounter with slower cars occurred on lap seven allowing Williams to begin making a move for the lead. The Edmond, Oklahoma driver did just that on lap eight and would take the lead over Bade while Blurton and Bubak were close behind.

Fifth-starting Martin would then begin making his way back up to the front. After falling back to seventh at the start of the feature, the Lincoln, Nebraska veteran would pass Bubak and Bade to take the runner-up position on lap thirteen. One lap later his progress forward would be complete as he would pass Williams for the lead and set the pace out front.

While Martins kept out front, it was Williams and Bubak battling for the second position while Martens would pass Bade for the fourth spot. With nine laps to go, Bubak would pass Williams for the runner-up position and close in on Martins while sixth-starting Jeremy Huish made his way into the top five.

Bubak made several attempts to take the top spot away from Martins but the former World of Outlaws rookie of the year would hold on to claim his fourth series victory of the season and the $1200 paycheck.

Bubak would settle for second and the Keizer Wheels hard-charger award while Williams came home third. Martens finished fourth while Huish rounded out the top five.

The three, eight lap heat races for the twenty-five-car field were won by Williams, Martin and Martens while Shon Pointer claimed 'B' feature honors.