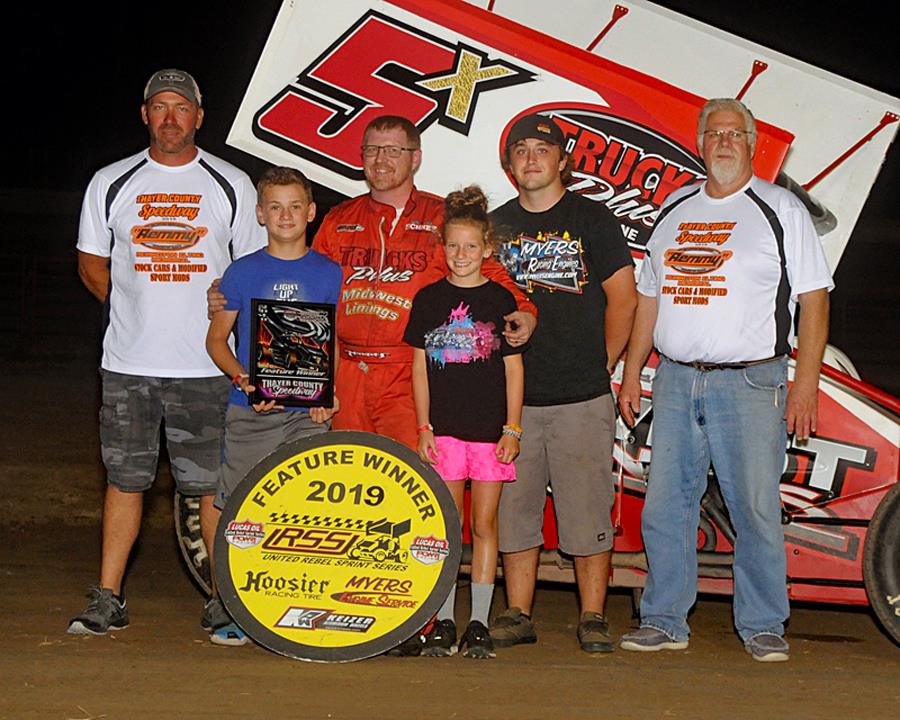 The Lincoln, Neb., resident by way of Liberal, Kan., pounced on teen Kyler Johnson for the lead on a lap two restart and then kept a closing Jake Bubak at bay over the closing rounds to secure his third series win of the year aboard the Midwest Linings/Trucks Plus No. 5x entry.

While Martin scored the win, Shane Sundquist was awarded runner-up honors after Bubak crossed the scales below the required minimum weight with Stu Snyder filling out the podium in third.

With Martin taking the green flag from the second row outside, Johnson outgunned pole starter Sundquist for the initial lead as Martin quickly moved into second before a lap two caution flew for a turn one skirmish that sent Toby Chapman to the pit area with race-ending damage.

Martin gunned past Johnson for the lead on the restart with the red flag flying one lap later for a turn four melee that ended the night for Tracey Hill, Ryan Jenkins, Zach Blurton and Shayle Bade.

Following a final caution with four laps the books, the final 21 rounds were contested in non-stop fashion with Martin working the topside of the track as Bubak clawed his way forward from fourth after starting fifth.

As Martin set a torrid pace, Bubak battled into third by the eighth round and then into second by the 16th circuit. Bubak cut into Martin’s lead over the closing rounds and made a bid for the point as the white flag flew only to fall short at the line and then come up light at the scales.

Adam Gullion rebounded from a mishap on the lap three restart to capture fourth behind Martin, Sundquist and Snyder at the stripe with Johnson rounding out the top five. Gullion also earned the Keizer Wheels Hard Charger award after starting twelfth.