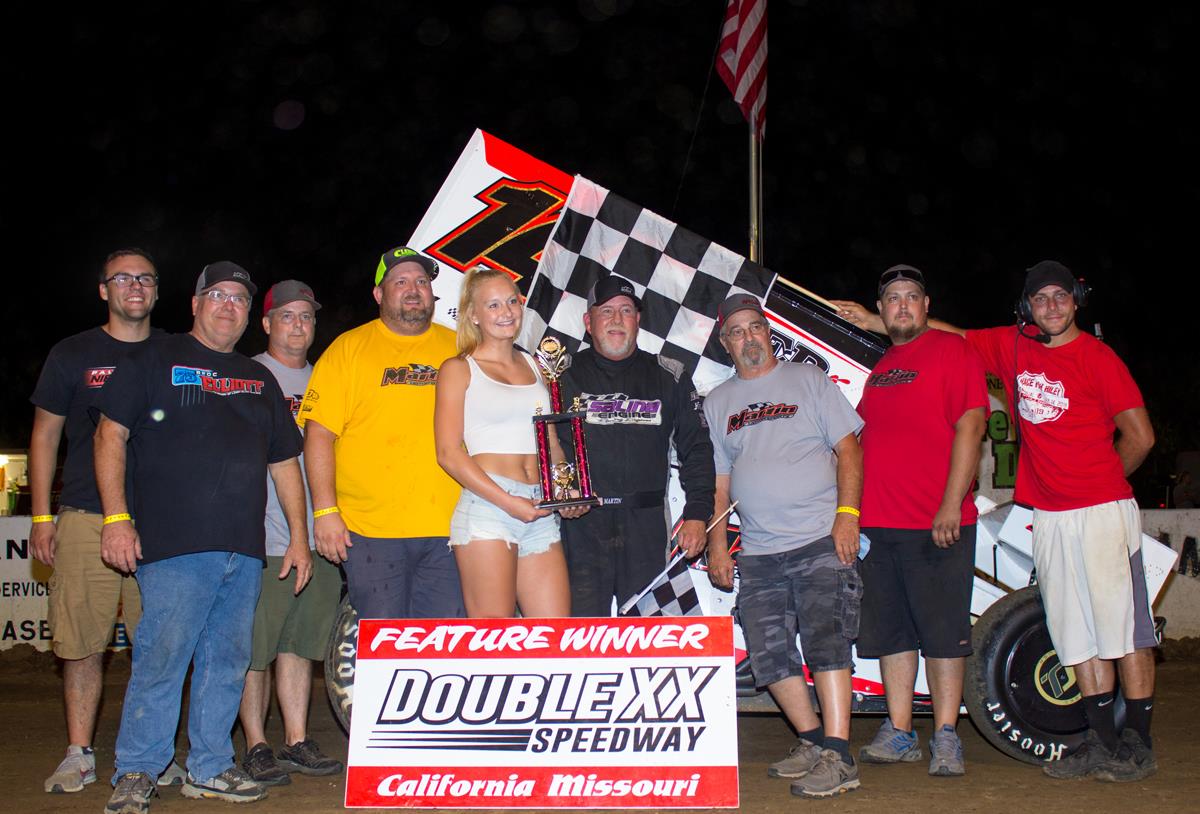 Tracy Hill and Zach Blurton started on the pole for the thirty lap feature with Blurton jumping out into the lead as the green flag fell. Martin quickly moved into the runner-up position from his fourth-starting position with Monte Ferriera, Hill and Jake Martens the top five after one lap was complete.

Two-time and defending tour champion Blurton set the pace with Martin pressuring the current Series points leader. The leaders approached slower cars on lap eight yet Blurton continued to keep Martins behind him for the lead.

Blurton’s lead would cease on lap fourteen with Martin taking the top position. The Lincoln, Nebraska resident would hold on the final sixteen laps to claim his second Series victory of the season.

California’s Ferrier took the second position with eight laps to go and would finish second while Blurton, Jeremy Huish and Shon Pointer rounded out the top five.