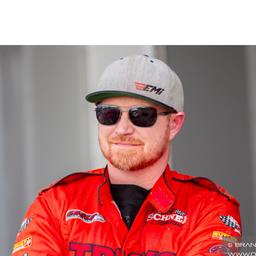 Liberal, Kansas native, Jason Martin, who now resides in Lincoln, NE, is pleased to announce his joint venture with DJ Bybee of Wichita, Kansas for the 2017 racing season and beyond. Jason’s previous three seasons with the Trucks Plus/Midwest Linings five time car owner, Brad Ball ,have accumulated impressive statistics including; winning 26 A-features in 108 starts and tallying up 56 top five finishes in 82 events inside the top ten. Jason and his team recently finished the season with high honors by winning the Sprint Series of Nebraska series championship, finishing 4th in the IMCA national point standings, and were recently advertised as the number four ranked driver in SprintCarMania 305 Sprint Car power rankings presented by Dodge City Raceway Park.

Jason is looking to extend his streak of success in the 2017 season and plans to compete in as many races as possible. “DJ Bybee, of Bybee Electric, and I have joined together to create a firm foundation in order to assemble a solid race team for the both of us. This foundation is not only for myself as the driver, but also to provide an outlet for us to stay involved in a top notch sprint car team for the future!”, Martin explains. BM Motorsports has been well established with the guidance of DJ’s business and finance knowledge. With the combination of DJ’s high-end ASCS 360 engines, which are being assembled by Briley Racing Engines, and Jason’s very potent Myers Racing Engines Racesaver 305 engines, they are sure to have a strong presence starting the 2017 season. Martin added, “We are going to load our bullets in an Eagle and Schnee Chassis from EMI, then we’re going to go compete with the best in the nation at their respective levels.”

With marketing and corporate sponsorship being the key to success in all forms of Motorsports, DJ plans to incorporate someone into the race team who has a strong marketing background and experience in the field. By starting this joint venture, the guys want to make sure they do everything the right way, and to do that they will need to have all the pieces of the puzzle in place to complete the entire picture. On another note, Jason and DJ are planning to compete in the nation’s marquee 305 and 360 events, and possibly 410 races if there is someone out there who is interested in providing an engine to compete with. Those events, as well as every other event that they can compete in are great opportunities to find marketing partners and to reach a broad customer base that is not segregated by color of collar. Racing fans and Sprint Car fans in particular are very loyal and dedicated to supporting their drivers and teams, which is an avenue they want to pursue.

Another crucial key to success in racing is developing strong relationships internally as a group and maintaining a strong communication line between the crew, driver and sponsors. “I am by no means ready to hang the helmet up; I have just as much desire and enthusiasm to win as I’ve ever had, but when I do decide that the time is right I’d like to stay involved. This is what DJ and I have done our entire lives and we have one common goal, which is to establish a race team that is capable of competing at the highest level of sprint car racing”, said Martin. In time, the duo would like to look into doing a driver and mechanic development program for the younger generations, which would in turn keep their passion alive in the sport that they all love so greatly. Jason has always had an interest in helping the youth of the sport by giving them a place to learn the ins and outs of today’s sprint car world. He adds, “When I was a kid just getting started in Sprint Car racing, there were some very influential people that helped tailor me into the racer that I’ve become today and I want to pay that forward. Plus I really enjoy the challenge of taking someone who doesn’t know how to turn a grooving iron on and teach them what it takes to be successful in this industry.”

Kaleb Gaines, a current high school student here in Lincoln, came on board with Jason last season as just a fan from the stands and is now very knowledgeable in Sprint car racing. Overall, Kaleb had a big influence on Jason’s success last season and will continue to do so for the 2017 season. Jason has also had the pleasure of working with several young men that have become successful in their own rights. To name a few; Mike Schure, who was a former crew member of Jason’s, now owns and operates a successful shock building business, Cole Freeser now works at Kasey Kahne Racing, and Kade Hagans, who has been with Jason since he was a kid, is now highly sought after and utilized by teams such as; Danny King Racing, Harley Van Dyke Motorsports, and most recently John Carney II.

Knowing the challenges that go along with racing at the highest levels, the team has gained a very talented mechanic to ensure the race cars and equipment are not only set up correctly, but prepared and maintained. DJ added, “Aaron Allgood, is a good friend of Jason’s and they have really formed an uncharacteristic understanding of what each other is looking for in their race cars. We believe Aaron will be a great asset to the success of our race team.” Furthermore, Aaron has been involved in multiple wins with various drivers and teams in the local Nebraska area and has won track championships in previous seasons, so he knows what it takes to be a consistent racer with strong finishes.

Stay tuned and keep an eye out for the team’s new car design, website development, and apparel. As more tracks and series release their schedules, a schedule of events will be created on where the team plans to compete in 2017. As always, the team at BM Motorsports would like to invite any and all who are interested in becoming part of their new race team, whether it’s for a sponsorship or the driver development program. Please reach out to Jason or DJ with any questions or to discuss your potential partnership opportunities.